I have a small, virtualized Linux lab on my notebook which I only use occasionally. Since I reinstalled my machine some weeks ago I had to recreate all Hyper-V virtual machines which lounge around somewhere on the disk. No big deal I thought, but when starting my Ubuntu virtual machines, I got the following message saying that “No x64-based UEFI boot loader was found”.

Hmm… well I am no Hyper-V expert in any way so I was first a little confused when I hit this message. I started debugging by disabling Secure Boot in VM settings but this did not change the situation at all.

After some troubleshooting I noticed that for this particular Linux VM, the File boot entry created by the Ubuntu installer was missing. It seems as if for Windows VMs the appropriate File boot entry is created automatically if missing.

For Linux VMs (or Ubuntu at least, I can’t tell about other distributions but assume it is the same) this is not the case. Fortunately solving the issue is pretty straight forward using Ubuntu rescue mode: 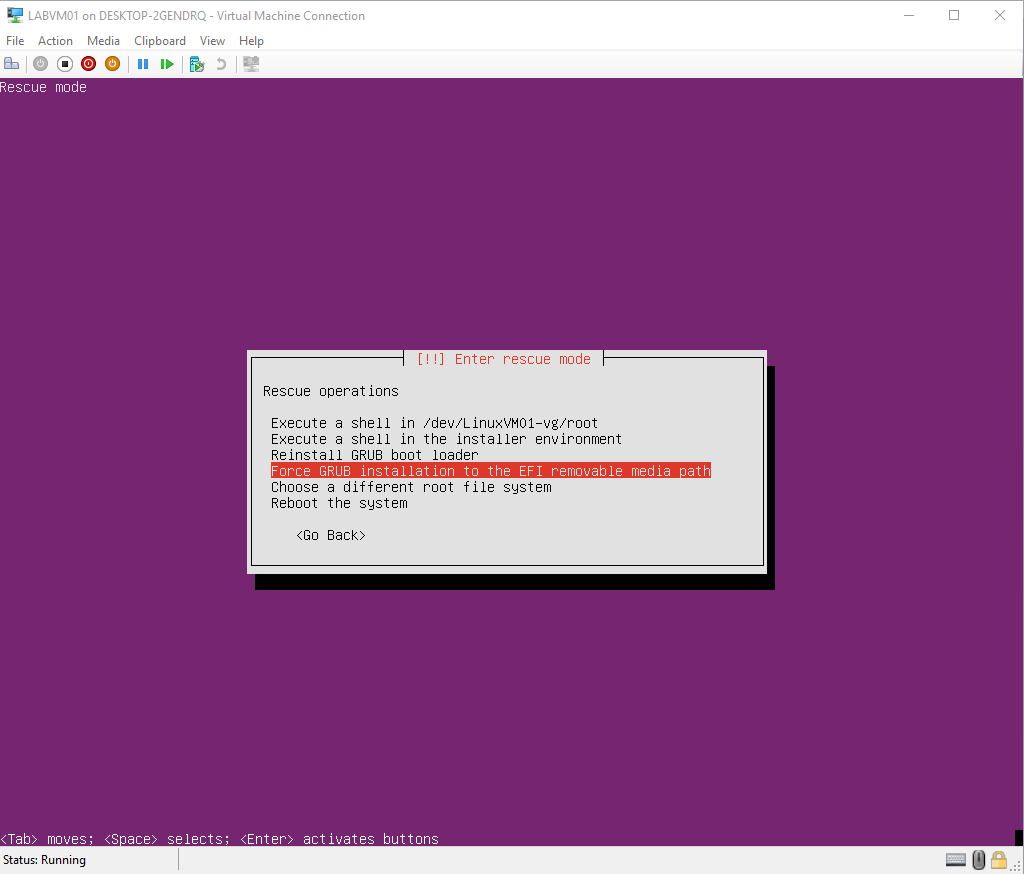 Forcing GRUB installation to EFI removable media path will re-create the _shimx64.efi _File boot entry for your virtual machine. Next time instead of just backing up the vhdx files, maybe an export of the VM’s might be the better option. 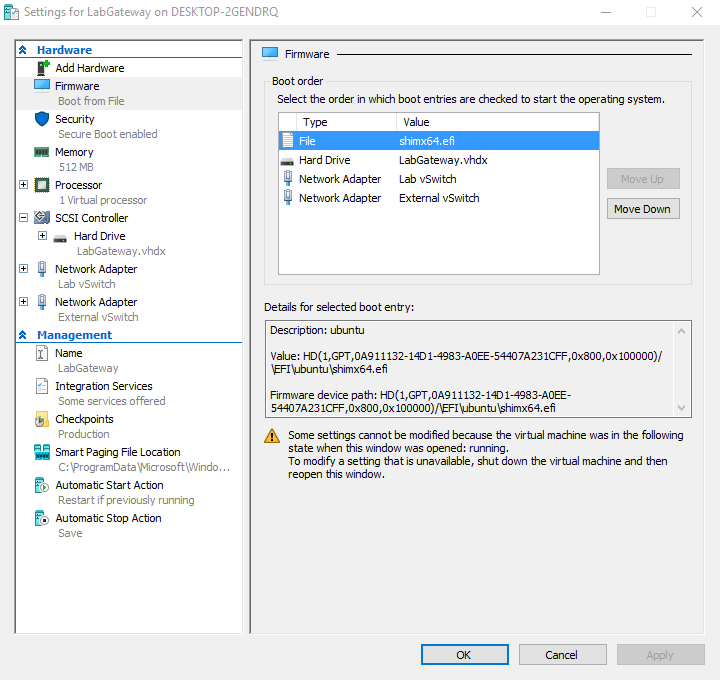